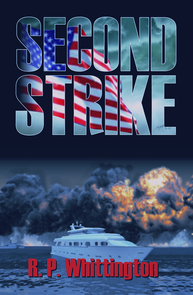 ​Parker Glynn felt dead inside and he damn sure wanted to keep it that way.
The corporate board rooms and luxury hotel suites he knew from before seemed a lifetime away at Ginger’s Place. The bar was a holdover from forty years ago, back in the days when Florida had hundreds of drive-thru liquor stores attached to small, dark pubs where drivers once drank and drove with impunity. The drive-thru windows had been torn down long ago, but Ginger’s remained.
Outside, black silhouettes of seductive women were displayed in fake windows on the second floor to entice customers off A1A. Their images reminded Glynn of the legendary sirens of the sea who beckoned to sailors of old. With Ginger’s, these dark witches called out to lost souls on the highway.
I certainly fall into that category, Glynn reflected.
Glynn looked into his drink then glanced at the exposed silver ductwork above the bar. His eyes followed it around the corner of the ceiling as it drooped along the tops of the liquor bottles to disappear behind a gaping hole in the wall.
Certainly they could improve the joint, he thought. But the ambiance is fitting.
Mirrored beer and liquor ads on the walls disguised the aging pine paneling. A few bikers, beachcombers and rednecks yelped occasionally as they hovered around a single pool table    in the rear of the bar.
Sunday night at Ginger’s...a great dive for losers, Glynn thought. Losers like me.
The woman behind the bar brought him his third Maker’s Mark and water. She wasn’t into making conversation either, which suited him fine.
It had been two weeks since he left New York City, and all the while Glynn had held to his self-imposed exile from human interaction. The last week was spent in Jacksonville Beach, holed up in his RV most of the time except for an occasional

stroll around Beach Marine to look over the boats along the docks around the marina.
His excursion to Ginger’s marked the first day Glynn ventured far from the solitude of his motor home. Earlier that afternoon, Glynn had finally consumed the last of the shrimp he purchased from a roadside vendor in Mayport when he arrived on the coast.
Mayport was located a few miles north on A1A, an odd place where old and new Florida seemed to clash – a fishing village juxtaposed with Coast Guard cutters, large transport ships and mega barges and all competing for space as they traversed the mouth of the St. Johns River.
While he didn’t find a suitable campsite in Mayport, the image of the waning fishing village stayed with him. In some ways Ginger’s Place was very  similar,  Glynn  reflected.  Mayport, with its shrimpers clinging to an industry their ancestors forged on the sea while commercial development slowly encroached on their way of life, and Ginger’s Place, a bar with a décor frozen in the sixties trying to hold on to its heyday while its clientele was slowly siphoned away by the restaurant chains and newer, hipper entrants to the bar scene.
Glynn felt melancholy at the thought. He also felt a sense of pity for both. Whatever glory they had was long past. Progress. Technology. Time. Each had a hand in their slow demise.
Was it the innocence of the era they represented, or perhaps his youthful naiveté he longed for again? The days when life seemed fresh.  All the simple pleasures.  What happened to that young, vibrant man who was so full of wonder, so empowered by life, that person who looked at every job, every challenge, as an adventure, not as an ordeal?
Glynn dipped his index finger into his drink and absentmindedly stirred the ice cubes.
There was a time when he would have been in awe of a thousand dollar dinner at the top of Chicago’s Hancock Building, a play on Broadway, or a week vacationing at the Atlantis on Paradise Island. But as the money came and his client list became more prestigious, Glynn lost that wide-eyed innocence.
The seduction of success is slow and insidious, he thought. I lost focus on what was important – my family – not my

business. I didn’t have to fulfill every want. I thought I was invincible.
What was I thinking?
His wife, Teresa, and their child, Amy. Both gone forever.
It should have been me, he thought. I deserved to die, not them. Not the innocents.
And Taliah, my big mistake, he thought.  If anyone should be dead, it should be her...and me along with her. She might as well be dead now, he reflected. She vanished without a trace.
Glynn swallowed the rest of his drink and motioned the barkeep to bring another.
He wasn’t the kind of man to run from a problem, but that was before 9/11.    Too much to  handle.    The loss of  his  family, the guilt of the affair and the nagging  suspicion  he  was  somehow complicit in the attack.
Only the liquor helped deaden his mind to the memories.
Escape from the city was the only option. He cared nothing for the job anymore. It was the only course that made sense. Drop out for a while. Find his center. Search for some way to cope.
After he bought the motor home in New Jersey, Glynn journeyed down the eastern seaboard. Quantico. Cherrystone. Charleston. Savannah. One-night stays at the private campgrounds where few tourists were around, then back to the blessed solitude of the road.
Glynn had never heard of Jacksonville until the day he crossed the Georgia-Florida border and saw signs for the city along the interstate. After he drove past the city’s downtown skyline, he saw the exit for Beach Boulevard. The words sounded serene and safe. The image it provoked called to him. The boulevard led him to State Highway A1A, then on to Mayport where Glynn discovered there were no RV parks to be found. Faced with the Blackbeard ferry that crossed the river and led back into Georgia, Glynn turned back toward Jacksonville Beach and the marina.
The RV hadn’t attracted any curiosity since he arrived at Beach Marine. The marina parking lot was busy by day. At night, Glynn left only a small reading light on inside, which made the motor home appear dark and uninhabited from the

outside and, so far, ignored by police who patrolled there after midnight.
Glynn’s frequent ‘night terrors’ still brought him out of sleep in a cold sweat, but he found the view of the quiet marina calmed his nerves. A canopy covered the wooden boardwalk that surrounded the retail shops of Beach Marine. The Yacht Sales store. Last Flight Out, with its novelties and sports tee- shirts in the window, chocked full of plane and boat memorabilia. The bait shop. All closed for the night. The darkened storefront, with boats pitching lightly in the background, made for a tranquil scene.
“Hey, Suzy, turn on the TV!” shouted one of the men at the pool table, interrupting Glynn’s thoughts. “Put it on the news somewhere.”
“Since when did you start watching the news Billy,” the bartender asked sarcastically as she searched for the remote control. “Which station?”
“Don’t care. One of the news ones. Ya’ know we started bombing today?”
“Bombing who?”
“Those Towelhead Bastards that did the Twin Towers.”
The bartender found Fox News and adjusted the volume. The anchor gave sparse details about the U.S. assault as he voiced over a map of Afghanistan that identified the area of attack.
“Dammit,” Glynn whispered to himself. “Can’t get away from it...even at this dive.”
He took the last pull from his drink, called for the check and paid his bill.
The sea breeze was cool under a clear night sky as he crossed the street to the RV. Even though the bourbon didn’t seem to faze his driving ability, he traveled along the side streets as much as possible to lessen the odds of being pulled over by the police. At first, Glynn planned to head back to the marina and crash, but he realized he was out of bourbon and the liquor stores were closed for the night.
He would need more alcohol to sleep without the nightmares.
He returned to A1A and headed a few blocks south to the other bar he spotted earlier in the day.

The Monkey’s Uncle was situated in the interior corner of a strip shopping center. Glynn remembered there was a theatre in the same shopping center and it had a huge parking lot, at least for the beach. With a wide expanse of open space in the center, Glynn easily navigated the RV into two empty parking slots.
From the look of the place during daylight, Glynn expected    it would be relatively dead on a Sunday night. So, he was surprised to open the front door to a wall of noise and a bar full of people. A dee-jay worked from the front corner near a dance floor while a twentyish crowd congregated around the rectangular bar and milled about the pool tables and video games in an adjoining room.
Glynn edged up to an open spot at the bar, flagged down one of the frazzled barmaids and ordered a bourbon and water.  Being one of the oldest people there, he felt invisible.
At least there are no signs of 9/11 here, he thought. Young people talked and laughed among themselves. Smiles. Couples flirting, kissing, dancing, laughing with friends, smoking and driving with impunity, and all seemingly oblivious to the recent attack – as he wished he could be.
The happiness and energy of the crowd reminded him of his wedding reception. The location had been very  different, outside the town square of Jackson, Wyoming, but the party atmosphere was nearly the same. Glynn winced at the memory. As he surveyed the crowd, Glynn loathed their happiness.
Glynn leaned on the bar and watched the spectacle for a few more minutes. He ordered one more  drink  and  paid  his  tab. He had seen enough.
As he maneuvered through the crowd and made it outside, Glynn shook his head in disgust. His anger dissipated to sorrow as he crossed the parking lot. He began to cry softly. The streetlights blurred and shimmered. He wiped his eyes as he reached the RV.
Once inside and safely away from the human race again, he went to the restroom and flipped on the light. He looked back at the weeping man in the mirror.
“What am I going to do,” he cried aloud in an anguished plea. He sat down on the closed toilet seat and buried his head in his hands.