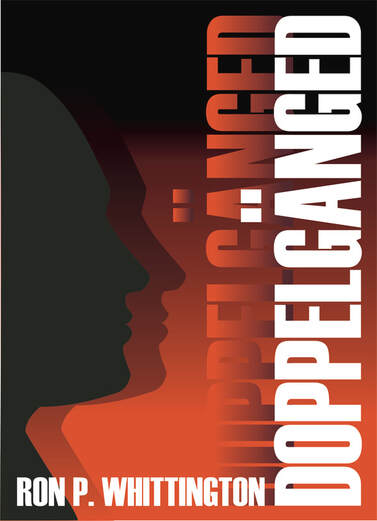 Chapter One
Cruise Into the Mind

As he placed the shiny, new repair parts in the far corner of the room and arranged the pieces to ensure they would reflect enough of the dim incandescent ceiling lights to be seen, Bob Davis didn’t know why he was doing it.

The act was something he was compelled to do. What he wanted, for some vague purpose.

His knees ached when he extended his large frame upward from a crouched position to stand. The man stared at the valve extension and pump interceder. The eight screws that would hold each unit in place were also shiny and new. He spread them about the concrete floor with his foot until he was sure they caught the light.

Billy’s sure to spot these when he makes his rounds tonight, Davis thought.


​The dank smell of interior walls of the dam filled his nostrils. The man’s vacant blue-grey eyes took in the scene.

A six-inch-wide steel chain hung from a pulley mechanism above.

He walked toward the bank of controls on the opposite wall and found the small wooden stool the dam operators used when they had to check the pressure gauges at the top of the array.

Davis picked up the stool and strolled back and positioned it directly below the chains and carefully stepped up onto it.

He stretched both arms upward. His shoulders ached. They always did toward the end of his three-to-eleven o’clock shift, which had ended thirty minutes before.

Davis pulled the loop of chain down from either side. He could feel the tension of the retracting mechanism in the ceiling as he drew the chain until it hung about six feet from the floor.

Satisfied, he returned the stool to its previous spot.

The oval of chain dangled like a noose in the cool, dark subterranean control room in the center of the dam.

Is there anything else I need to do to prepare? Davis thought.

As his eyes darted past the colored lights on the control panel along the wall, his mind flashed back to the cruise ship and the colorful, blinking slot machine.

It was months before; Davis couldn’t recall how many.

He sat a few stools down from Billy Harding. It was just minutes after The Victory reached international waters and the captain had announced the gambling deck was open for guests.

A slight smile came to Davis’ face when he recalled Billy’s glee at hitting a row of sevens on the nickel slot.

After more than four years of working together at the San Luis Dam, he had never seen his co-worker smile like that. His child-like reaction to winning a few dollars from the one-armed-bandit was out of character for the man who treated his safety job so seriously while on the clock at the dam.

The paychecks were good, but most of the hourly employees who worked at the state of California’s department of water resources were hard-pressed to save the money to afford a ten-day sea cruise.

The state’s ethics policy restricted government workers from receiving gifts valued at more than one-hundred dollars, but not the ability to take advantage of a one-year performance incentive program established for select government employees in fiscal year 2003.

Called the Public Productivity Project, or P3, and funded through the generosity of The Singh Corporation, P3 was aimed at increasing productivity in the public sector – especially among employees who worked to maintain and enhance the country’s infrastructure. To facilitate the project, the company created an incentive program that could be accessed by select state governments.

The P3 pilot program was introduced in only fifteen states, including California. Employees who developed and implemented plans that either saved taxpayer money through value engineering, or through the modification of job tasks so they could be accomplished more safely or effectively, had the chance to win the trip of a lifetime – a free cruise or Singh Corporation common stock that represented the same value.

Bob Davis, a structural engineer who had worked on several of California dams, water systems and aqueduct projects over his career, had identified long-obsolete government rules that had the unintended effect of slowing down the completion of water renovation projects state-wide. Working with the agency’s governmental affairs personnel, he crafted legislative changes that removed the flaws with only minor modifications to state regulations.

Billy Harding had spent fifteen years in the state water division’s human resources department before a staff reorganization forced him to take a safety position. The new role required him to travel to pumping stations, dams and other project offices all across California.

Through the work experience he had at various water facilities throughout California, Harding proposed reorganizing the safety department to add more oversight of the state’s water-related operations, which would reduce the number of employees while decreasing costs at the same time.

Both projects were among those approved as ‘P3 Worthy’ by a joint committee made up of twenty people – all individuals hand-selected by the Singh Corporation.

On the job, Davis and Harding were barely acquaintances – nodding occasionally to each other when they passed in the corridors of the plant or exchanging pleasantries in the break room when their schedules overlapped. While they did make friends with other winning government employees, mostly from California, as the only two workers from the San Luis Dam Operation, they gravitated to each other more often than not during the cruise.

To the consternation of their wives, spouses weren’t allowed on the cruise, only the employees who were beneficiaries of the Singh Corporation’s generosity.

By the time the cruise ended, they knew the names of each other’s spouses (Louise and Jean), where they had lived as children (Escondido and Yountville, California) and shared other details of their respective jobs.

In short, they had become good friends.

When the trip began, Davis and Harding didn’t realize they had each earned the cruise until they saw each other while boarding a 727 in San Francisco. The Delta flight took them to Atlanta’s Hartsfield International Airport, then onto Miami International, where they ran into each other again outside baggage claim and decided to share a cab to the cruise terminal.

Once the taxi traversed the dense pedestrian traffic of downtown Miami in late afternoon, they saw the port ahead.

Since neither had ever taken a cruise, both men were awed by the sheer size of their temporary home for the next ten days.

The Victory was a tremendous vessel to behold.

Registered out of Panama, the 130,000-ton ship was just over a thousand feet in length. It was the largest anchored at port that afternoon – and could play host to more than thirty-six hundred passengers.

Their cabbie maneuvered through hordes of arriving and departing passengers to deliver the men and their suitcases outside the chaotic entrance that led to the terminal building.

Amid the confusion of thousands of first-time and veteran cruisers (some disembarking, others hustling across the parking lot to find the proper entry point), the men spotted the sign for The Victory. Davis and Harding stepped into line together.

Once through the initial check-in, where a happily-obese African-American woman eyed their driver’s licenses and waved them through the security checkpoint, they lost each other beyond the conveyor belt that spit their luggage from the x-ray machine.

Inside was an expansive pre-boarding area filled with thousands of other passengers. Aisles separated by red stanchion ropes coursed with people of all races, sizes and nationalities, moving through the separate queues that meandered through the lower level of the terminal building.

They followed their fellow passengers as they were funneled into shorter lines, then grouped alphabetically by their last names. When each reached the check-in counter, they were greeted warmly by cruise personnel, given their personalized identification badges and herded up the last escalator that took them to the covered gangplank leading into The Victory.

It was a few hours later, after Harding’s big win at the slot machine, that the men ran into each other again: this time in a throng of nearly three hundred people – all beneficiaries of the P3 Awards – at a welcoming event held at a mid-ship hospitality suite hosted by the Singh Corporation.

They sampled shrimp cocktail, hors d’oeuvres with interesting flavors neither had experienced, and strange meats balanced on toast points – all heaped on round plastic trays and served up by a small army of ship staff moving through the crowd with efficiency.

As their appetizer and beverage trays were depleted, the waiters and waitresses moved haphazardly through the crowd, disappearing into the background only to reappear moments later, seemingly from nowhere, with more food and drink for the devouring crowd.

Drinks were served in tall, colorful hard-plastic cocktail cups with names that embodied the essence of a Caribbean cruise: Yellowbirds, Mai Tais, Goombay Smashes and Hurricanes, along with the Victory at Sea, a special concoction of rums, grenadine and papaya juice created especially for their first day out of port.

The Singh Corporation sponsored the event, but very few of the winners expected to see the company’s president and board chairman, Dr. Rishikesh Singh. It was well known that the doctor was still convalescing, as he had been since the crash of his private jet in India. So, the attendees weren’t surprised when his wife Sumera took to the podium to greet the crowd midway through the two-hour event.
​